For non-profit organisations, Twitter can be a powerful tool for network building and online engagement with key audiences. Since most non-profits operate with minimum resources, it is important that they have the necessary capacity to monitor engagement and make the most our of their social media presence.

As part of an MSc dissertation in Management and Organisational Innovation at Queen Mary University of London, Chorus tools were used to capture Twitter data from non-profits that focus on humanitarian campaigns related to children. With the help of Tweetcatcher, one years worth of data from July 2013 to July 2014 were captured from a selection of organisational accounts – the total number of tweets collected was 15,549. 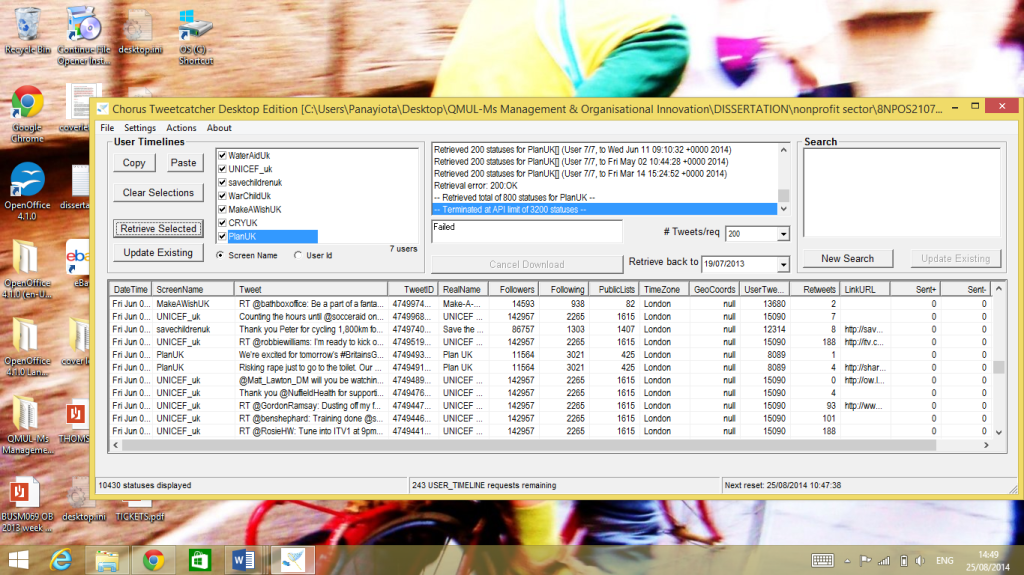 Tweetvis was then used to understand the patterns of users’ activity through examining structural characteristics of the tweets (e.g. hashtags, retweets, mentions), as well as keyword frequency and sentiment around specific events. Identifying the most frequent words was important as an overview of the most important topics discussed. Hashtags revealed how children-related campaigns were linked to other news and worldwide events.

The study’s main findings how non-profit organisations are trying to build their network through online relationships in several ways, for example: